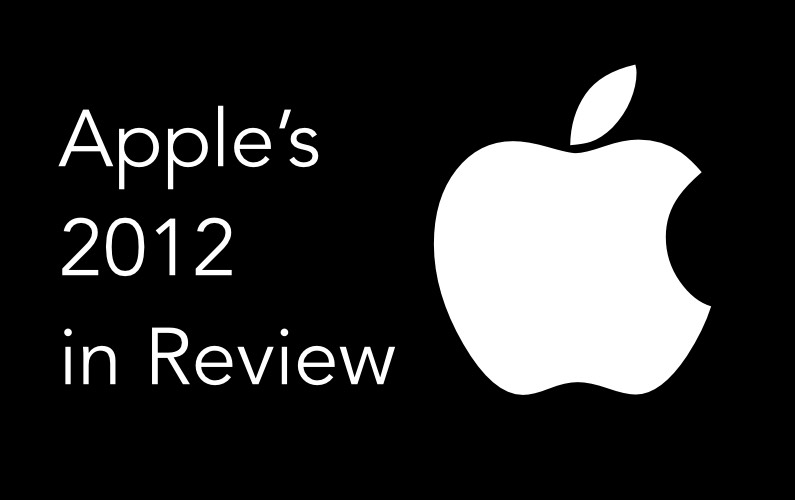 This is a short piece I wrote for The Learning Professional Network’s All Things Apple Group reviewing Apple’s year in 2012.

It’s easy to forget just how busy 2012 was for Apple, here’s a quick roundup of the highlights of the Apple year.

The first new product to market on 19 January was iBooks Author. iBooks Author launched at the Guggenheim Museum in New York and was pitched squarely at an academic audience. It wasn’t long before Apple removed the initial limitations placed on the materials made with iBooks Author to make it a product better suited to an audience beyond academia.

iBooks Author is a joy to use and within two weeks I had my first iBook ready to go. If you’ve not had a chance to check out an iBook feel free to download MacBites the iBook – it’s free!

The first of the four quarterly earnings calls was on 24 January and as expected Apple reported a healthy previous quarter and faced the usual questions regarding an expected release date for a new iPad.

This was closely followed on 16 February by an announcement that took the Mac world by surprise. On that date Apple announced their intention to launch the next generation of their OS X operating system in the summer of 2012 under the name Mountain Lion. A feature rich preview was made immediately available for download for those registered on the Apple Developer Program.

March saw a special event launching the new iPad and unlike previous iterations it was without a version number and to be know as simply “The New iPad”. The most notable new feature was the Retina display, the beauty of which can not be described … you have to see it to fully appreciate it.

The March launch of the New iPad meant that the Q2 earnings call on 24 April was a celebratory round of backslapping and huge revenue for the iOS business unit.

Not all new devices and applications in 2012 though. The summer witnessed the demise of two Apple services. First was the final switching off of MobileMe in June marking the complete transition to the iCloud brand for their Cloud services. This was followed in July by the ending of the iWork.com service. Sadly that was a service that never left the Beta stage and failed to capture the imagination of the iWork using public.

The Summer also saw better news though as the World Wide Developer Conference, a complete sell out within 45 minutes of the tickets going on sale, saw the unveiling of a new MacBook Pro replete with Retina display. A beautiful, if expensive, Mac that redefines graphics standards for twenty-first century computing.

If the Q1 and Q2 earnings calls reported good news then the Q3 call on 24 July was even better and culminated in the announcement that Mountain Lion would be launched the following day exclusively via the Mac App Store.

As an aside for anyone who hasn’t yet upgraded to Mountain Lion the Notification Centre feature alone is worth the update for a virtual trainer seeking a one-click off button for the plague of interruptions foisted upon users these days!

Apple kept up the pace of new releases into the final quarter of the year with the launch of the iPhone 5 on 12 September together with a whole new range of iPods. This coincided with the release of iOS 6 the Maps feature of which caused many weeks of consternation for users disappointed with the Apple mapping solution after using Google Maps since the inception of the iPhone.

Apple surprised us all again in October when in addition to the widely predicted launch of the iPad Mini they launched another new full sized iPad, their second new 10″ model of the year. Indicative of Apple speeding up their release cycles maybe and explaining the logic of removing the version number earlier in the year. This event also saw the announcement of the long awaited updates to the iMac range. Sadly these were’t scheduled to ship for many weeks and are still in short supply and on back order even now.

The final Q4 earnings call of the year was only two days after the announcement of the iPad Mini and the new iPad and again the results were good although may be falling short of hugely overhyped predictions from those financial commentators who really should know better.

iTunes 11 was originally slated for an October release but slipped by a month to a late November release. It was a turbulent month too as long term Director Scott Forstall left the company as did new hire John Browett, Head of Retail. While the departure of Scott Forstall was a surprise to many the release of Browett was greeted a rousing chorus of “we told you so” from UK users who had expressed nothing short of disbelief at his appointment back in the New Year. If you are wondering why then you need to know that it was John Browett who was responsible for the retail side of the Dixons Group, hardly a doyen of the level of customer service Apple strive for.

Apple’s 2012 was indeed a busy year and here’s to 2013 and hoping Apple have many happy surprises in store for us. There’s already talk of the iWatch and iPhone 5S and … well you get the picture – business as usual for the rumour mills!