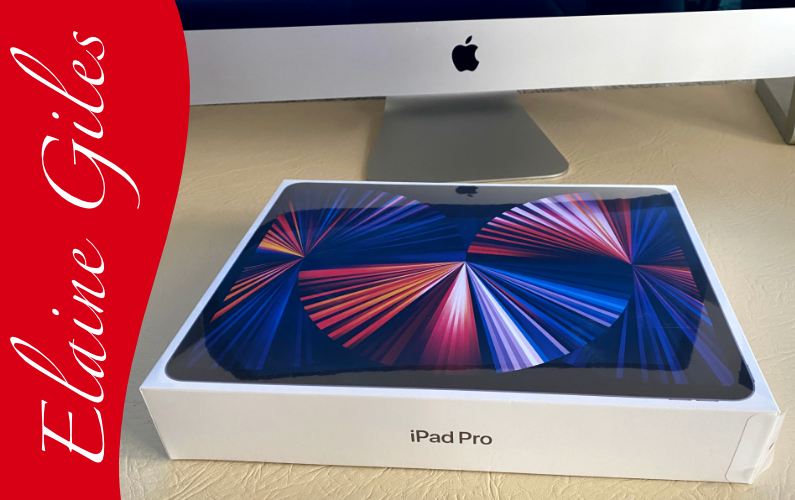 There’s nothing like the smell of new tech in the morning and after waiting 6 weeks for delivery I couldn’t wait to get my new 12.9″ iPad Pro set up for work.

First job, the unboxing and then opening a range of clothes for it! Not forgetting the new Apple Pencil that arrived 6 weeks before the iPad did 🙄 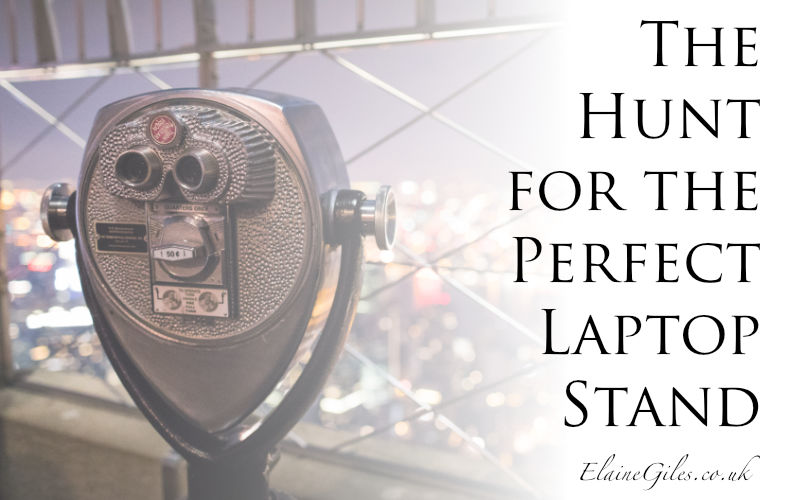 The Hunt for the Perfect Laptop Stand

My primary reason for buying the first generation 12.9″ iPad back in the autumn of 2015 was the opportunity to use the Apple Pencil for taking notes. I’m an inveterate notetaker and felt Apple were missing a trick not providing a stylus that was truly optimised for use with their iPad range. All that changed with the release of that iPad.

I duly ordered both the new iPad Pro and an Apple Pencil and then faced the usual seemingly indeterminable wait for delivery. Sadly the Pencils were on back order. The iPad duly arrived though and I set it up feeling it was a fantastic screen but potentially awkward to work with. I questioned if I’d done the right thing.

At the first opportunity I headed to the local Apple Store and checked out a display model of the “rarer than hen’s teeth” Apple Pencil. Despite the iPads being tethered to the tables, the Pencil was fantastic. Now I was even more eager to get my own and start using it.

Finally the great day arrived and with it the obligatory “out for delivery” mail at 8am. As is usual with almost all my Apple deliveries the day did not go without incident and it was a full 14 hours, and several phone calls, later, at 10pm, before it got to my door. But get there it did and within minutes I was hooked. Taking notes digitally finally felt right. In fact not just right but perfect!

This new found note-taking joy soon created a need for a way to place the iPad for optimal note-taking speed. That was when the pursuit for the perfect laptop, for which read iPad note-taking station, began.

I had to discount every stand I already owned. While they were perfect for old style laptops they were, without exception, either too tall, too bulky, too fragile or just plain uncomfortable.

So Amazon it was then! One beautifully crafted low profile stand immediately caught my eye. The ParcSlope from Twelve South. If you’re unaware of Twelve South they are the people behind a complete range of Apple accessories, including the BookBook, HiRise Pro, BookArc and many more.

The ParcSlope is sold as a laptop stand but unless serendipitously your requirements match the single position the ParcSlope provides you may find it somewhat limiting with no adjustment in position and a very low profile.

Now this wasn’t an issue for me since I was looking for something specifically for my 12.9″ iPad Pro. I wanted the iPad Pro to be quite flat so it felt natural to use the pencil. I didn’t want the bulk of an adjustable stand. Given I would be placing it on my desk and moving it frequently I was looking for something light but strong and sturdy that would be easy to move.

The angle of the ParcSlope was perfect for my needs, in fact the entire stand was perfect. It’s a low profile stand that stands 7cm high at the back and has several non-slip areas. These are placed strategically to ensure the safety of the devices placed on the stand and to prevent the stand moving on the desk. The cable slot allows a power cable to be looped around the back of the stand to keep it out of the way rather than provide any form of “MagSafe” protection.

So I dashed off to buy then? Well, not quite … given the price! Twelve South make great kit but the price reflects the quality. This beautiful crafted work of art was priced at almost £60 at Amazon which was actually more than their recommended retail price.

I do buy my tech toys toys of their own but even I’m not that crazy! 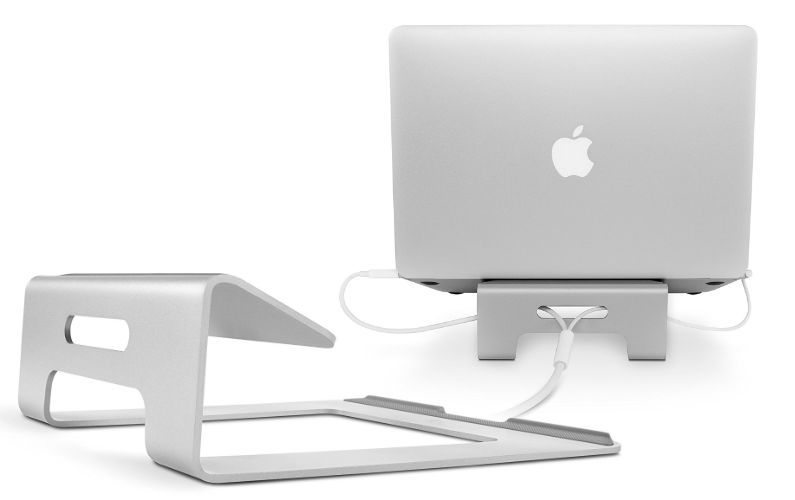 If it’s a darker option you’re looking for though the ParcSlope does come in Matte Black.

Ingenuity was called for. I found an alternative from ThingyClub. It looks exactly the same including the cable slot on the rear. Even better, if bling is your thing, it’s available in both silver and gold! This was available at a great price of £20. 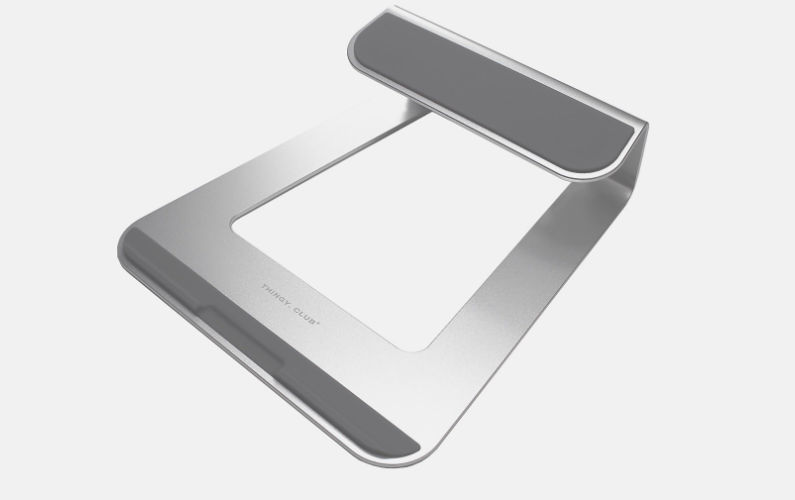 Then it got even better. I found a second alternative, the rather inelegantly named Slypnos Stand. Available in silver and again virtually indistinguishable from the ParcSlope but only £14.99. Needless to say I ordered one immediately.

The only differences I could find were:

None of the differences are necessarily a bad thing. You’re hardly likely to keep the box, the larger cable slot only makes it more flexible in terms of how much you have for cables and the rubber bump makes it feel safer.

Add to that it includes instructions! If I had to choose only one of the available models I’d definitely go for the £14.99 Slypnos Stand. 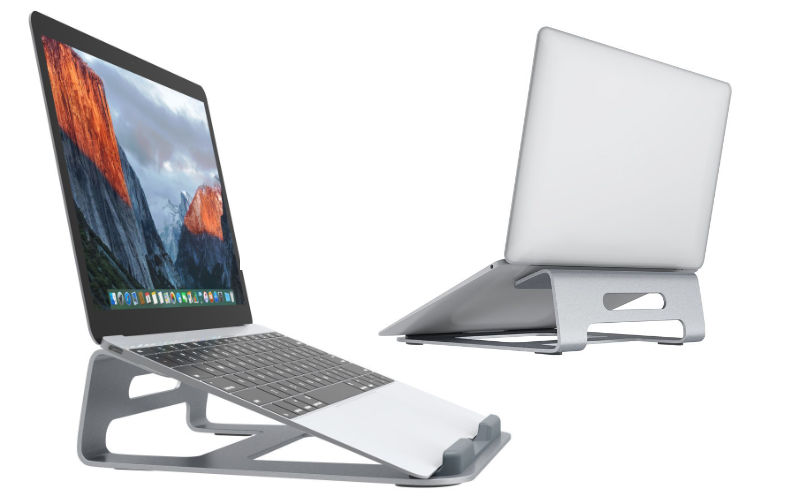 Next time I’ll share what kit I travel with to have the same flexible working space without the bulk of these inflexible desk-bound stands.

I well recall when Steve Jobs announced iPhone 4 and eulogised about the retina display. I must confess I was not really excited by it as a feature. I was hosting live coverage of the announcement at the time and the consensus of those in the chatroom was the same.

END_OF_DOCUMENT_TOKEN_TO_BE_REPLACED 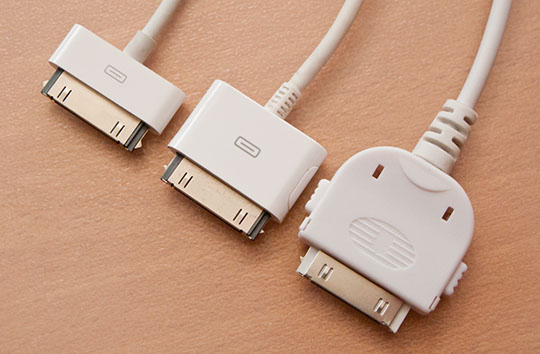 Following on from my recent post about the iPhone 4 Bumper case and an excellent follow-up comment on it from Jonathan Issacs I thought I’d outline a few issues I’ve found with charging my iPhone 4.

END_OF_DOCUMENT_TOKEN_TO_BE_REPLACED 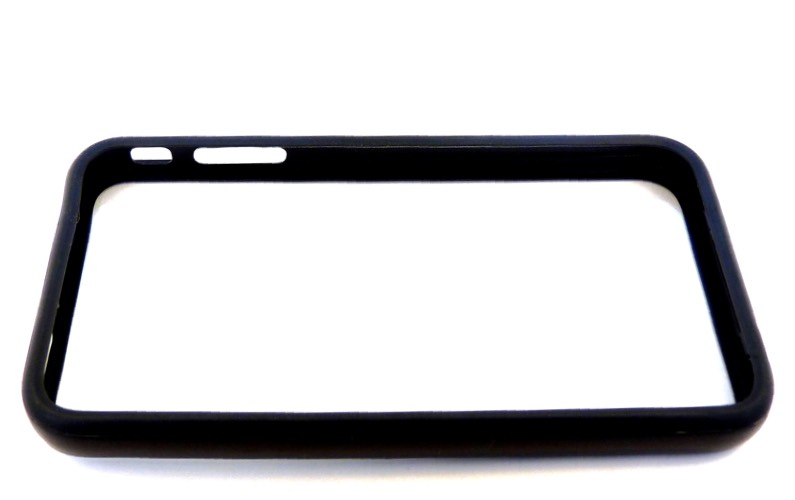 After the usual organized chaos of the pre-order system (it melted), the fight with the car park (got locked in this time not locked out) and the horrendous queue (see pictures below) I have a shiny new iPhone 4. END_OF_DOCUMENT_TOKEN_TO_BE_REPLACED 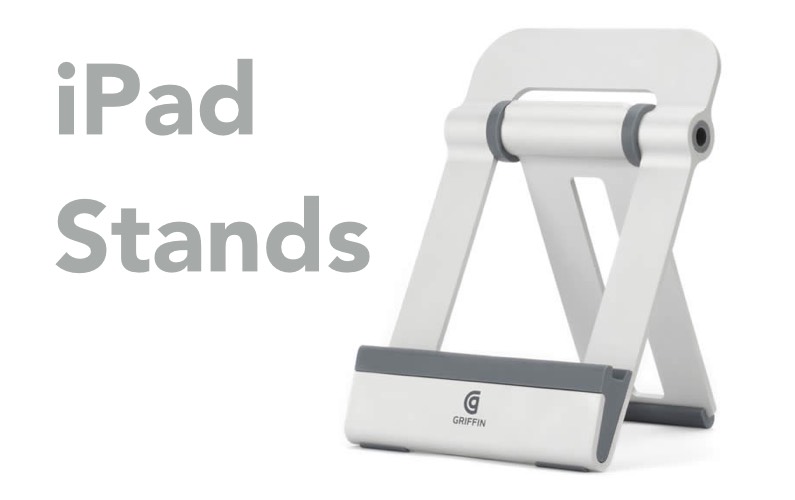