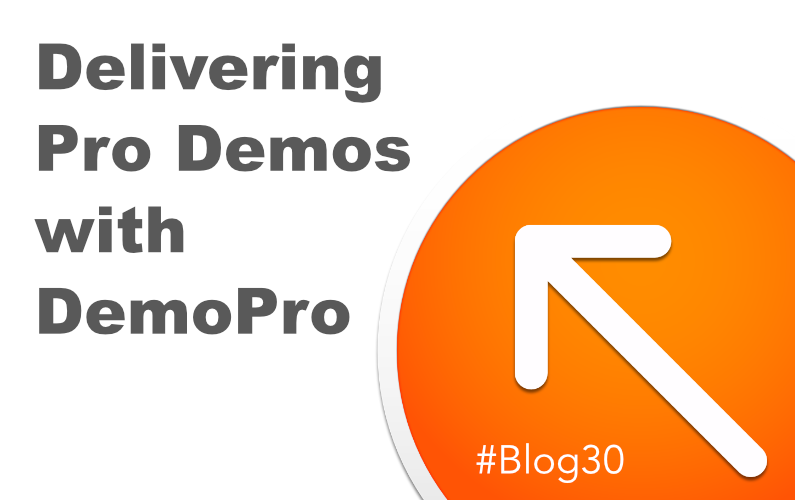 I can’t tell you how many times I’ve found the perfect application for a job only to have it rudely discontinued with little to no notice. This was the very scenario I found myself in yet again when I fortuitously stumbled across a gem of an app for presenters in DemoPro.

While you can do wonderful things in post production adding callouts, highlights and all manner of adornments to draw the viewers attention to a specific area of the screen it’s not quite so easily done live.

Of course there are some applications that include tools to annotate your work in real time but these tend to be limited to presentation applications such as PowerPoint and Keynote. The other issue with such features is that the commands to use them are different inside each application.

I am fortunate to have a range of applications to highlight what I’m doing in real time. However, one feature that remained stubbornly elusive was the ability to elegantly draw on the screen over the top of the application being demonstrated and remove those annotations neatly without drawing attention away from the actual demonstration.

I discovered DemoPro when fruitlessly searching the Mac App Store for a previous purchase of a now defunct app called ZoomIt (Not to be confused with the fantastic ZoomIt Windows app of the same name).

DemoPro looked perfect. Just what any live streamer with the need to highlight what they’re doing needs to do the job and keep the paddling required to do it transparent to the viewer.

At £1.99 it was a bargain. Given the Mac App Store’s lack of any form of trial mechanism any purchase is a step into the unknown but this time it paid off.

DemoPro runs as a faceless app showing only an icon in the menu bar. There are a series of customizable keystrokes used to access the features at the point of delivery.

A nice addition is the ability to switch between two different pre-configured colours using another customizable shortcut key. 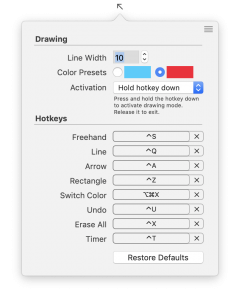 One additional option is a DemoPro Timer. Initially this is displayed in a small dialog box but can be taken either full screen or scaled as required. This is perfect to indicate you’re taking a break or showing how long it will be until you demonstrate the next feature. 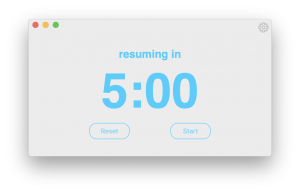 DemoPro is the best screen annotation tool I have ever used for macOS and I have tried many such tools over the years. If you have the need to draw attention to any part of your macOS screen in a live situation you won’t do better than DemoPro.