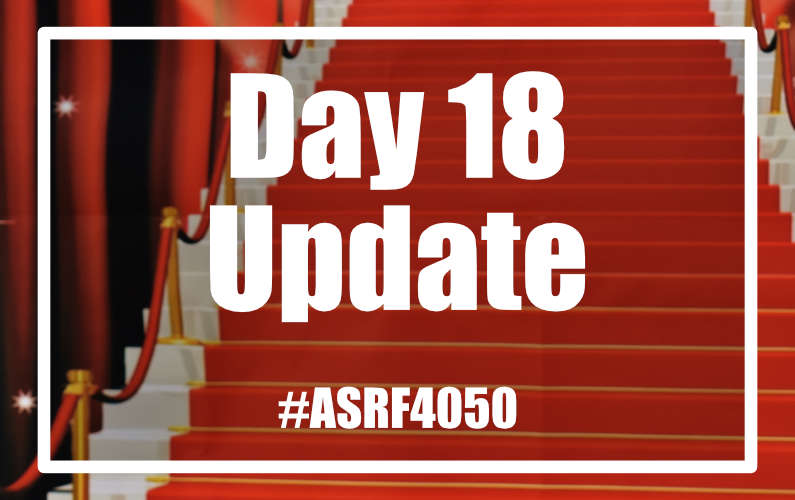 Guess what my first appointment of the day was? Need a clue? Where do I seem to spend an inordinate amount of time? Apart from in front of my beloved computers, obviously! Yes, I was back at the dentist today … AGAIN 😉  But today was a huge day for me. It was sign off day. That magic moment when after 22 months of some rather intensive treatment you hear the words “You’re done, I don’t need to see you until your 6 monthly check-up”. I can’t quite believe it’s all finished and before you ask: Yes, it was worth every single minute I spent in the surgery, wearing those rather funky glasses, reclined to an almost impossible angle, praying that I’d be able to control my flight instinct for long enough that my genius dentist could complete his awesome work.

Next stop, after the dentist, was a Governors’ Briefing at the new sixth form centre of a local college. What was I greeted with on arrival? Stairs! Lots and lots of stairs. Did they not realise my legs felt like jelly as it was after fitting in today’s entire 40 km between a very light lunch and the dental appointment I’d just rushed from?

Whether they did or not I suddenly had a vision of that rash/idiotic/criminally insane (delete as applicable) suggestion of mountain climbing in 2018 and decided there’s no time like the present to get started on the training for that! Mountain pathways have wall to wall fitted carpets and beautiful handrails don’t they? Yes, I thought so 😉

Anyway after sitting through an entire session outlining all the recent changes demanded from Ofsted my spirits were soon sinking by the second. This was due to the fact that realisation was dawning that the majority of the work I’d just completed for a local school would need revisiting in light of the changes. Arghhhh! Oh well, we had such fun the first time round, with the previous Ofsted requirements, why not do it all again with the new requirements LOL