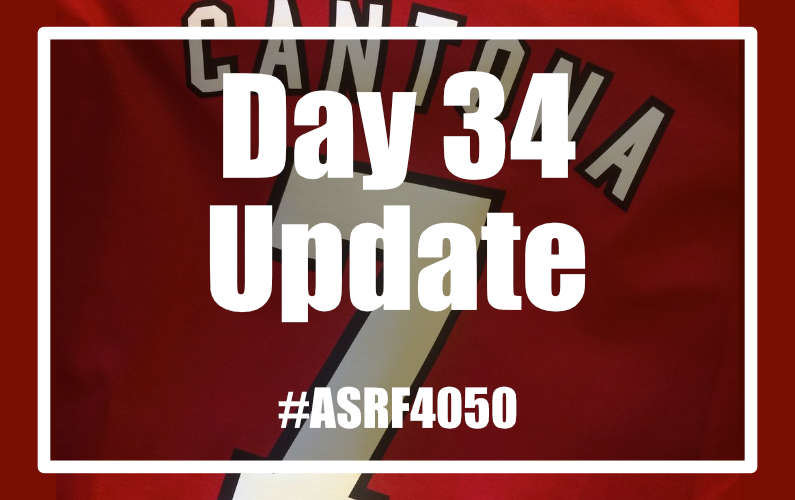 Still basking in the warm glow of last night’s Evening with Eric Cantona I was on the bike at stupid o’clock, no seriously it was before 7:30am and I am so not a morning person! Still it was amazingly liberating to be done before 9am and there was a very good reason for my lunacy. I was attending a charity coffee morning raising funds for Help for Heroes and was being picked up at 10:15am.

Now, you know those weather warnings we constantly get about “hurricane level winds” and then the reality is a light breeze insufficient to move a paper tissue? This morning we were alerted to the imminent arrival of Storm Doris. Seriously? Doris? Who names these things? Anyway contrary to every weather warning for seemingly the last 20 years Storm Doris peaked just as I needed to leave the comfort and safety of MacBites HQ for said fund raising coffee morning.

I was almost blown off my feet just trying to get to the car for the short journey. 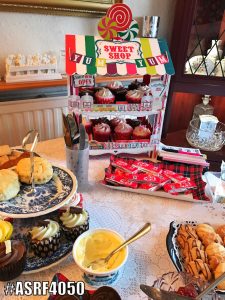 Kath and Carolyn covered themselves in glory with a huge range of goodies to tempt their visitors.

I was stoic in my resistance to their combined temptations but they surpassed themselves in providing suitable entertainment for me as we were invaded by a local lost dog seeking refuge from the raging Storm Doris!

As many of you will know I’m crazy about dogs and those belonging to others even more so since losing Meyer back in 2014. Well this little lad was somewhat frisky and took rather too much interest in some of the ladies in attendance … if you know what I mean 😉

I managed to give him the dog-owners parental eye before subduing his amorous activities with the ladies. Sadly, all too soon his human appeared and I had to hand him over but it had brought back happy memories of Meyer’s antics whenever we had visitors. He considered it was his duty to frisk them on the way in, entertain them while they were there and block all exits to stop them leaving at the end of the evening.

I braved Storm Doris for a second time returning home and then it was that time again. What time? The time to get ready to see Eric again! Yes, we’d splashed out for another two VIP tickets for Eric’s second show of the week.

Mike was again working from home and we were not only prepared but in possession of valuable intel from last night. So what could possibly go wrong? Well nothing until Mike read about the Quays being evacuated due to the discovery of a suspicious package, and the ensuing gridlock. GRIDLOCK?? This wasn’t sounding good … understatement!!

We kept an eye on the fast moving situation and decided to leave extra early. In a belt and braces manoeuvre we also plotted where we could leave the car in the case of the Quays being locked down to approaching traffic. This was sounding like another potential yomp … oh joy!

To our complete joint relief some judicious navigation ensured we avoided the tail end of the drama and snuck in to the car park the back way. Car parking spot secured 👍

Dinner was another fine feast of foliage (salad) consumed in the car but this time we were ready to outwit the automated car park lighting system … we had a torch! There’s no expense spared when we treat ourselves to a night out you know 😉

The entire evening was if anything even better than last night. We had a complete ball. This included bumping in to friends in the car park both before and after the great event.

This is shaping up to be a GREAT week!