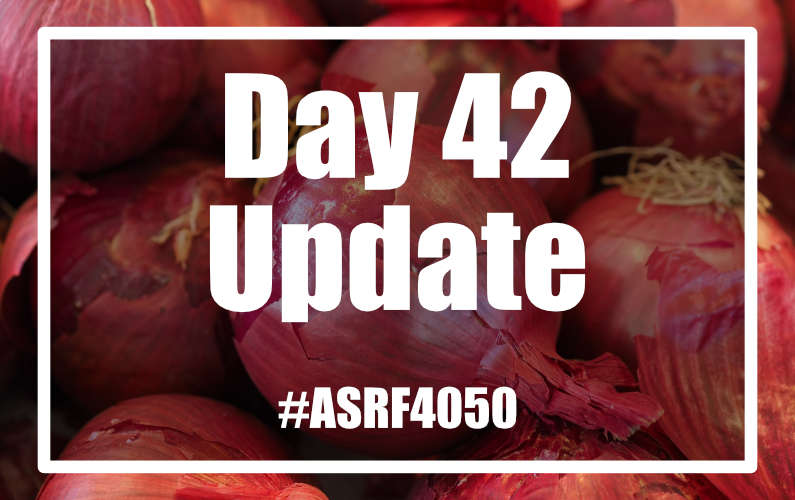 My usual routine was thrown asunder as Mike was working from home today, creating video lessons. This meant no audible signs of exhaustion from me were permissible when I returned from my first early 20 km session. No worries I’ll just pass out quietly!

Yes I did say 20 km. Today’s 40 km was going to have to fit in around two live sessions of my own as well as Mike’s recording. The rest of the day was spent adding the finishing touches to a major project due for delivery next week.

We did manage to find time for a light dinner before heading off to First Friday Mass at All Saints. We then decided some late night shopping was called for … well Mike suggested it and I was too exhausted to argue!

Never let it be said we don’t know how to live it up on a Friday night … ASDA it was!

The fresh produce section was nothing short of a complete dead loss. In fact while I’ll freely admit to not being an expert in the foliage acquisition department even I spotted the subterfuge with what they claimed to be courgettes. 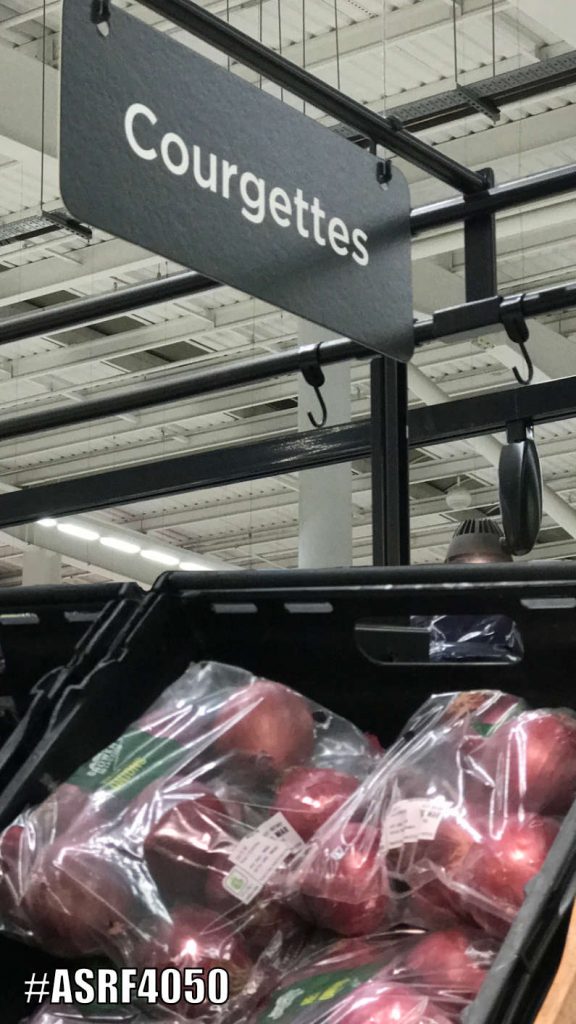 Did you spot it? Yes, those “courgettes” looked suspiciously like red onions to me as well! Even I’m not that easily fooled. No, I’m not sure how they could have possibly made that basic mistake either 🙂

Anyway the lack of anything hugely tempting meant that when we reached the checkout the sum total of our booty was a new door mat and two packets of asparagus!

Living the high life that’s us