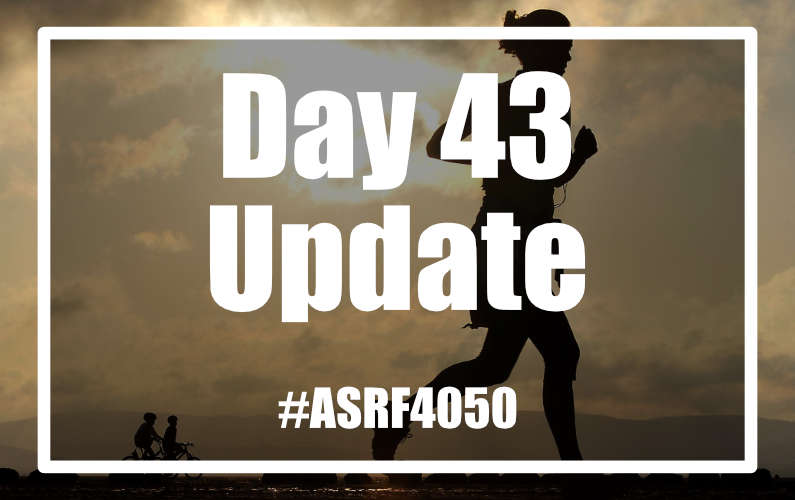 I had my very own date with today’s 40 km. So while Mike socialised the morning away I completed today’s quota to the music of my choice having beaten Spotify into submission earlier in the week. I elected a leisurely 50/50 approach and broke the 40 km into two 20 km sessions meaning I actually managed to stop for breath in the middle … luxury 😂

Once I’d recovered myself, and Mike had returned, we prepared for our next job of the day. Raffle tickets at Mass 1 of the weekend at St Margaret Ward! 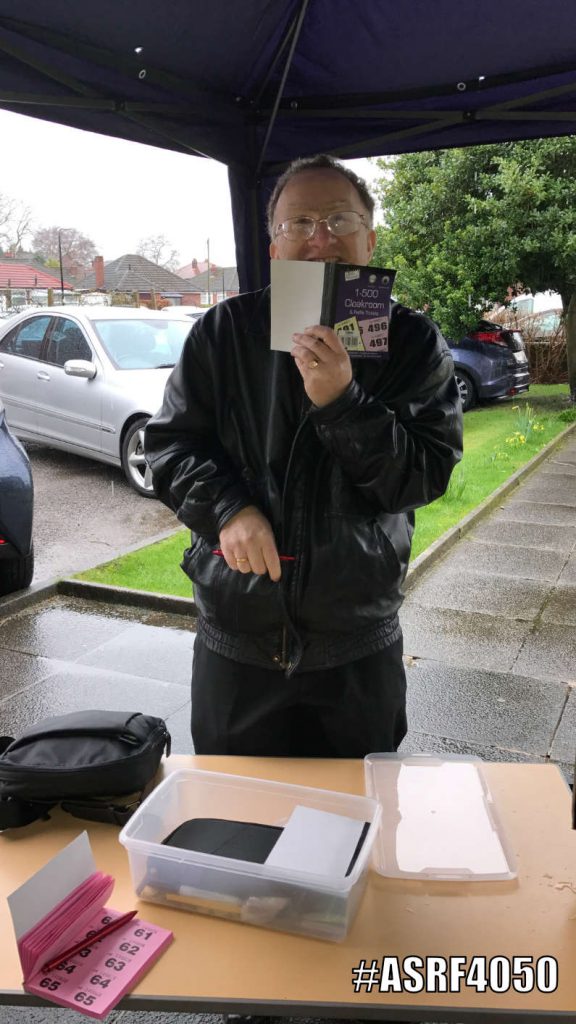 It seems every time we set foot outside the house it rains and today was no exception.

While assembling a gazebo in the midst of a barmy sunny day might be considered effortless I can assure you attempting the same in the middle of rain soaked howling gale in March is anything but! Luckily we have had the gazebo up so frequently in the last few weeks we have developed a proven technique. Unfortunately, said proven technique proved futile when Mike managed to detach one of the legs from the rest of it. While it might have been possible to continue and deal with the errant leg later this wasn’t an option once I managed to detach a second leg from the other side only moments later! It may have stood on three legs but I doubt it would have been so obliging with only two! Quick triage was needed, and given we could hear the final hymn emanating from the church, the quicker the better.

I now know more about the inner working of gazebo architecture than I ever expected but at least the gazebo is back up to a full quota of legs!

With only seconds to spare it was done. While we were soaked wet through at least the prized MUFC shirt and presentation box were nice and dry. That only left the actual selling of the raffle tickets to be done. Once again people were incredibly generous although I never realized we had so many City supporters in our parishes. Let’s just say I have been apprised of several suggestions for what they’ll do with the shirt should they win. Don’t tell Fr Ned but the most popular suggestion was to keep it for his Christmas present! (For the uninitiated Fr Ned is a huge blue 😂)