Porridge! Who invented porridge? While I can just about stomach it, calling it food is a reach. The worst thing with it is the griping hunger it causes within 90 minutes of eating it. I’m sure I’m less hungry if I don’t bother eating at all. Sadly that wasn’t an option today as we were on raffle ticket selling duty again this weekend.

So all too early we were off for the second Mass of the weekend at All Saints. We debated the logical approach of assembling the gazebo prior to Mass but decided the wind was such that we could well end up running up the road after it. That meant a race against time between the end of the Eucharist and the final hymn to get it assembled, take a table outside and set up. Tight but it could be done … if the gazebo was in a compliant mood that is.

I did contemplate changing the hymn number to the longest one in the book but I think I might have been rumbled so we worked with what we had and legged it out before the parish prayer.

Well, despite one leg putting up somewhat of a fight we managed it and were a picture of calm serenity as the congregation departed. We even managed a quick tea at the Parish Centre before heading off for Mass number three of the weekend at Our Lady of Lourdes in Partington.

The gazebo put up a good fight but resistance is futile and despite its best attempts to forestall assembly it was soon up again and we were off on the second selling spree of the day. 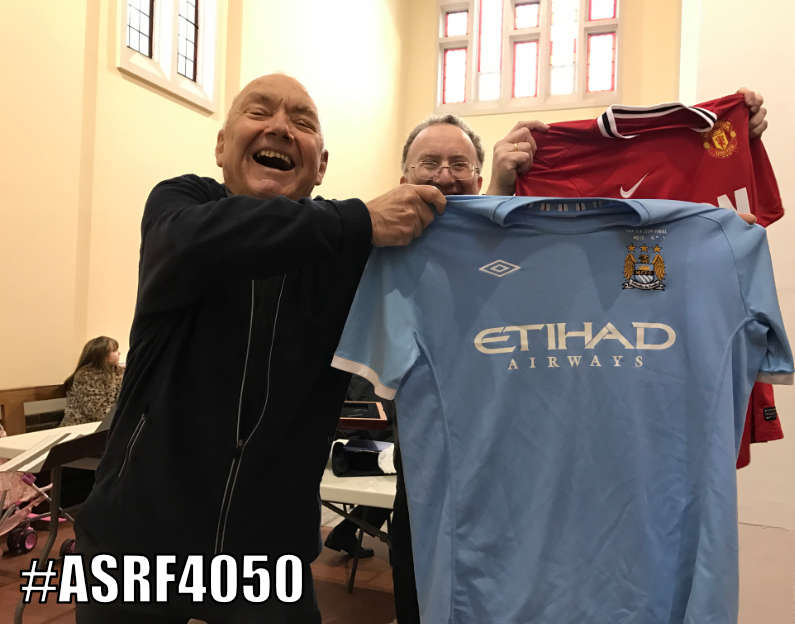 After that we dashed back home for a quick lunch and for me a 40 km sprint of biking today’s quota.

You know what was next don’t you? Yes, Mass number 4 of the weekend back at All Saints … Flagging? Us? Never!

At 5 pm Mass selling raffle tickets takes more cunning preparation since there are no hymns. This is an issue when you have a gazebo to erect in record time! We elected to take leave of our pew before Eucharist time and as the gazebo had given up any form of resistance by this stage we were ready in good time.

I’m happy to report the gazebo finished the weekend with all its legs attached but I’m not so sure we did! We fell unconscious at a ludicrously early hour and realized that should we ever be in need of inspiration to sleep in the future counting raffle tickets instead of sheep is a seriously viable option!