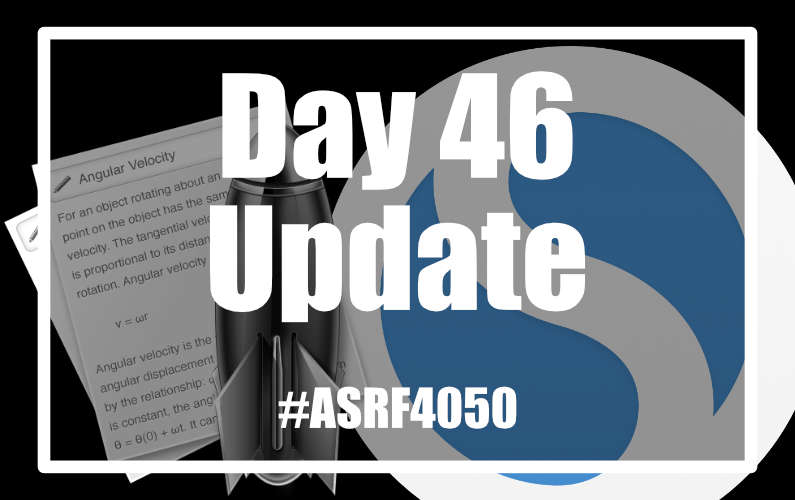 Doing what I do best this morning … geeking out! This time it involved MacGyvering a cross platform solution for managing text notes. An application for the Mac called nvAlt was duly installed and configured before I realised it didn’t want to play nicely with Dropbox to synchronise with my other computers. Handily it did synchronize with the SimpleNote cloud based service. So what I hear you mentally yell? Well the big deal was that in doing that it meant said MacGyvered solution was instantly extended to synchronise with my iOS devices. So I was one happy tech bunny today!

The day took a downward turn as I contemplated that all this geekery was merely delaying the inevitable call of my bike and I could defer my duty no longer.

The 40 km was split into two 20 km sessions completed either side of a foliage heavy lunch but it was when I returned to my desk that the day’s fun really began.

My computer did not take kindly to being abandoned for the duration. When I finally returned to it I discovered it had crashed spectacularly. Whilst not responding to any cajoling I tried to placate it while it was flashing dialog boxes up across all three screens faster than I could read them and beeping alarmingly. The mouse was possessed and thus useless in calming the system down. There was nothing else for it but a forced P-RAM reset reboot … there went at least 30 minutes while I coaxed it gently towards some sense of normal behaviour.

We have lived in hope of an Apple event announcing new iMacs for the best part of 3 years, hopefully this month will see the great event finally scheduled. Note to Apple: I have money to give you … BUT … I NEED a new Mac not iOS toys or watches or the even more ludicrous AirPods. I need a genuine powerhouse of a Mac. Hopefully, Tim Cook will take notice of my plea

I also spent the day freezing, I simply can’t get warm which is most unlike me. A couple of years ago I recall spending Christmas Day with the windows blissfully wide open and welcomed the icy artic blast.

You’d think after 40 km I’d be in need of cooling down but, without getting too graphic, it’s more the case of a speedily cooling clammy t-shirt sticking to you in a most inelegant fashion … and with that image I’ll bid you farewell until tomorrow!