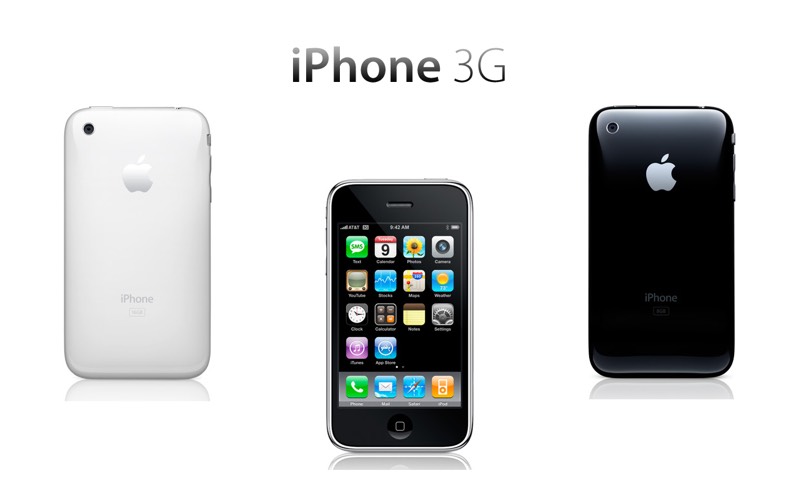 So how was iPhone launch day for you? I spent all day *and I do mean all day* enjoying myself in the Apple Store purchasing an iPhone … brace yourself for a long and funny story …

Mike and I spent the entire week tracking every Apple related site we could find to see if Apple would be selling the iPhone on Friday’s launch day and found nothing. The Apple Store couldn’t or wouldn’t confirm whether they would be selling it or not and referred all enquiries to the web site which was finally updated at 08:02 on Friday morning … you’ll see why that was no use later LOLOL

So we had a decision to make – stand outside the Apple Store on the off chance they would be selling them or queue at O2 and hope there were enough 16gb phones to go round. The later was very unlikely as the average available for sale per O2 store was between 3 and 6 … the only problem with that was the queue of 60 people outside fighting over them!!

So we headed off to the Trafford Centre at 06:30 more in hope than expectation … actually more in hope that expectation that we would even be able to get in the place as the car parks are locked behind impenetrable barriers until 09:30 by order of Trafford Council. As expected when we got there there was no way in to the car parks at all so we started casing the joint to find a way in. On our second circuit we found a car park with a broken barrier which meant we could sneak in. We managed to navigate from car park to car park until we got to the escalators next to Selfridges – absolutely perfect!!

The next issue was getting inside the place as it was locked tight. We knew others must already be queuing *following their antics on Twitter – very useful* so we waited until I spotted an unsuspecting Apple employee and we hot footed it after him up the escalator and very nonchalantly followed him inside after he used his staff card to get the door open :-))

The Trafford Centre is unusual in that it has two O2 store, two Carphone Warehouse stores and an Apple Store … in theory we couldn’t fail could we?

Once there we had the final decision to make – Apple and risk them not selling it or O2 and risk a sell out. We really shouldn’t have worried – Apple were set up perfectly, only 6 in the queue in front of us, more iPhone’s than even they could sell in a day and even better the rarer than hen’s teeth white 16gb model in stock. So it was tea, coffee, hot chocolate, bottles of iced water and hand made American cookies all round (all free courtesy of Apple – thanks guys) while we waited for the opening at 08:02 … which was why the web site update was lost on us!!

So we’re through the door at 08:02 and sat starting the purchase/contract creation process at 08:03 … oh dear, oh dear, oh dear that’s when it all ground to a halt. FIrst issue was that the O2 account creation process only worked on IE on Windows so it was VM Fusion all round while we cranked up IE amongst myriad warnings about virus protection and ad blocking requirements much to the bewilderment of hardened Apple users wondering what the hell was going on 😉

The sign-up process was 9 sequential steps, the only respite being once you had passed the credit check at step 4 should the system crash you didn’t have to go back to step 1 but could resume at step 4. All of which was academic as it took until 11:00 for anyone in the store to actually reach the heady heights of passing the credit check stage!!

Of course passing step 4 didn’t mean a clear run to completion 🙁 the system crashed time and time again, Windows gave up several times and more drinks and cookies were passed around as the phone lines to O2 HQ crashed and burnt.

The O2 store had only received 3 16gb iPhones and couldn’t activate any of them but in the end sold them to up-graders who could activate at home later. Meanwhile we were following the goings-on elsewhere via Twitter, MacRumors and a few other sites. It was the same story everywhere with O2 claiming they couldn’t have anticipated the demand … mmm that wasn’t washing as the system had crashed on Monday under the weight of pre-orders coming in at 13,000 per second. We were soon reading that in the O2 store in Milton Keynes the police had to be called in to rescue staff coming under fire from an angry mob who had queued for hours and were being asked to leave without their prized phones.

The flagship Apple Store in Regent Street London was forced to close at 15:00 as it just couldn’t cope with the numbers of folks turning up from out of stock O2 stores all over London. It was against stories like these coming in that we pressed on hoping and praying the O2 servers would have an epiphany and we’d manage to complete 2 purchases.

No kidding we all tried non-stop from entering the store at 08:02 and not a single person managed to complete the process until 13:20 when the first 4 of us (my relieved self included) signed off the process to rapturous applause form those in the queue, the Apple staff, the O2 staff on hand to help out and even shoppers outside in the Mall with no clue what was happening … unadulterated joy is obviously catching LOLOL

So finally just after 13:45 we left the store clutching 2 16gb white iPhones beaming from ear to ear. 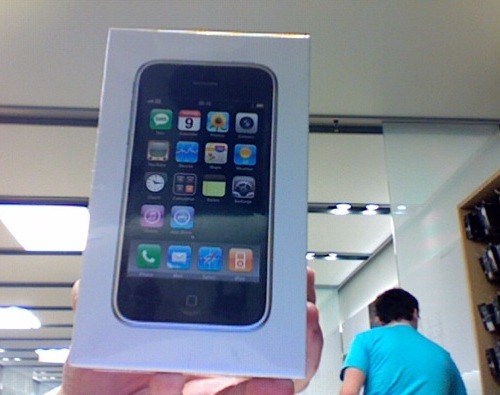 The Apple Store staff had been fantastic as had the poor guys from O2 sent in to help with the contract related stuff. It was a good humoured “Dunkirk spirit” wait and I’d do it again in a heartbeat, it was sad to read of the problems other people had elsewhere like Milton Keynes but I guess a few hotheads who don’t know how to behave spoilt it for those who were prepared to wait. We figured we’d waited 19 months since the announcement of the iPhone and a few more hours wasn’t going to kill us 😉 *it nearly did but not quite*

Of course that wasn’t the end of our day … we then had to head to Vodafone to get a PAC number and cancel our existing service. We’ve both being out of contract for years and as Vodafone CANNOT give us an iPhone there wasn’t really much for them to say … but we’ve both been trying to get said PAC number for over a week and they are refusing point blank to give us one or let us terminate our service. The phone line people tell us to go in a store and the store people say they can’t do it and we need to write a letter to head office. Other people in the queue with Vodafone said the same thing and one poor guy even had 3 calls from Vodafone enforcement henchmen telling him the iPhone was cr*p and he should get a Nokia … each call lasted 30 minutes before he could get a word in. Mike has had three calls from Vodafone since Friday too – the why are you leaving, we’ll give you more free minutes, we’ll give you a gold bar if you stay with us type of blackmail!!

We finally managed to get someone in Customer Service *if anything was ever as misnamed* to start the termination on Friday afternoon so at the moment we’re both on temporary numbers for at least 2 weeks … and maybe more with Vodafone playing up.

It also took us an age to finish our celebratory meal, as every waiter in the Chinese restaurant insisted on coming over and admiring our phones, and an hour to get out of the Trafford Centre as people just shopping there wanted to see them too … I’d never seen anything like it!!

So an interesting day all round 😉

Since we’d both made successful calls from the Apple Store as soon as we’d got the plastic off the phone we were unaware until much laster that other people were having huge problems getting the sim activated even days later. I hope it all fixes itself very soon for those affected.

Finally, there’s one thing you can say about us hardy Brits … we certainly know how to queue :-))