Since the announcement of the iPad I’ve been amazed by the strength of feeling demonstrated by both sides of what has become the great Flash debate of 2010.

The iPhone has never supported Flash and while mention was made of that fact when v.1 was released it’s continued omission has not engendered any great depth of feeling. Since the iPad runs on essential the same operating system I didn’t expect Flash to be supported and therefore wasn’t surprised when it wasn’t.

What has happened since has astounded me: the vitriolic claims and counterclaims have flowed thick and fast.

Adobe have voiced their willingness to work together with Apple to resolve any concerns Apple may have. While Apple initially said nothing Steve Jobs this week had plenty to say on the subject at least to his own employees. According to Wired and Macrumors (US spelling is correct!) Apple’s CEO said “They are lazy. They have all this potential to do interesting things but they just refuse to do it. They don’t do anything with the approaches that Apple is taking, like Carbon. Apple does not support Flash because it is so buggy. Whenever a Mac crashes more often than not it is because of Flash. No one will be using Flash. The world is moving to HTML5.”

The world may be moving to HTML 5 but Jobs is overlooking the fact that the majority of the browsing world isn’t there yet and as the longevity of Internet Explorer 6 demonstrates old technology takes some considerable time to die out completely.

As an active member of the Adobe Community Programme I have access to the very best Flash developers, programmers and users. Obviously their stance is that Apple are missing a fantastic opportunity to offer a full browsing experience on their newest product by continuing to shun Flash.

Many Apple users are of the opposite opinion even going so far as disabling Flash in their more than capable Mac desktop computers and laptops. To the uninitiated that may seem tantamount to removing the nose to spite the face but to a large percentage of Mac users it makes perfect sense. 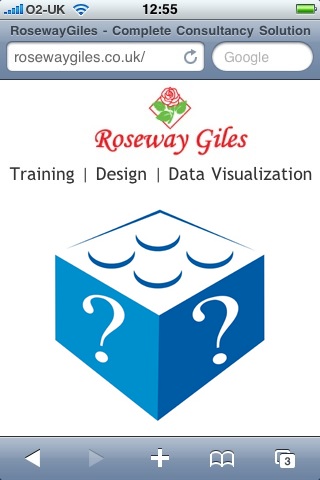 Well while Flash runs admirably on the Windows platform it does so because Microsoft have granted Adobe, the manufacturer of Flash, access to the Windows graphic APIs. Apple have steadfastly refused to do so for their OS X platform. So while the Flash development platform and the Flash Player is available for OS X is does not have access to the Apple OS X graphic APIs and as such is unable to benefit from the performance enhances access to them would provide. The workarounds Adobe have employed to mitigate the effects of having no API access have meant that Flash does not run as well on OS X as it does on Windows.

Hence, Flash is regarded by many OS X users as a resource hog and they choose to deploy third party applications whose sole function is to stop Flash running in their browser. The most popular of these Flash blockers is ClickToFlash available at no cost from http://rentzsch.github.com/clicktoflash/

No-one can deny that much of the Flash content that is presented to users in a browser falls into the category of “annoying adverts” but Adobe would no doubt prefer that their tools are not blamed for the output of web designers with predilections for creating such content. Flash gets such a bad press for the “annoying adverts” that it’s easy to overlook the innovations that it was responsible for and the inventiveness the Flash developers and community continue to demonstration.

Much has been made in the pro-Apple camp of the fact that HTML 5 is an open standard whereas Adobe and it’s Flash platform is a commercial entity. However, this stance conveniently ignores the roots of the Mac community exemplified in the pivotal 1984 advert for Macintosh. The ideology of Apple as the David against the Goliath of IMB is clear from that advert and the seeming reversal of roles is clearly advanced by this erudite post from Adobe Community Manager Rachel Luxemburg.

So a week on instead of enjoying the buildup to the release of the iPad we are bombarded with requests to petition Apple to change it’s stance and subjected to Steve Jobs scornful opinion of Adobe. At the same time we’re witnessing users blocking Flash on one class of device while another equally vocal group of users are demanding it’s deployment on another platform.

As a Mac user for the last four years I personally have never disabled Flash. I have never found it to be so annoyingly slow, unstable or capricious to warrant such treatment but I personally know many who have. Since Adobe Acrobat Connect Pro, an online conferencing system I use on a very regular basis, requires Flash I won’t be doing without it anytime soon either.

Sadly the omission of Flash from the iPad means I won’t be lounging somewhere comfortable while presenting or participating via Adobe Acrobat Connect Pro when the iPad is released. However, I’m not too concerned about it as I’ve had a Flash-less iPhone for over 18 months now and can’t say life without it has been unbearable.

So what’s your take on it?