iPad 2: Worth the Upgrade? 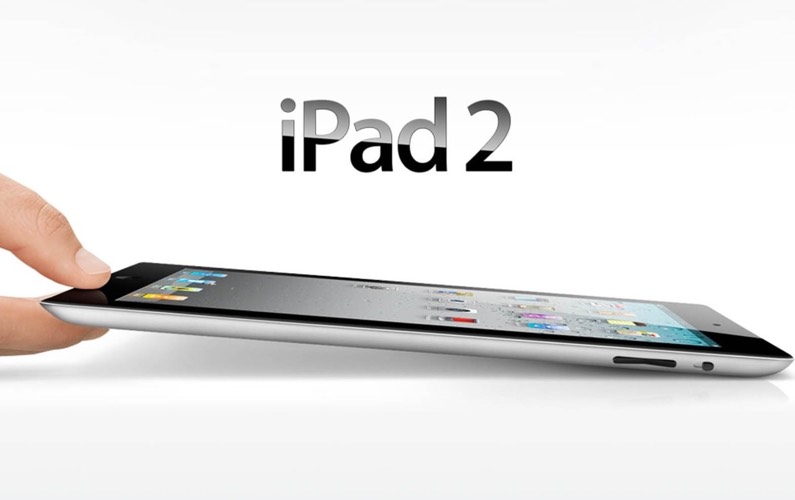 Given the almost universal ubiquitousness of the iPad in general use, business, education and music it’s hard to believe just how cool the initial reaction to iPad 1 was. Some comments were reminiscent of the derision that greeted the original iPod on it’s release in 2001 when Slashdot infamously labelled it “Lame”.

iPad 2’s evolutionary rather than revolutionary changes mean that those partaking of a purchase are often faced with hostility and their motives questioned. What is clearly not understood by those questioners is that it’s not the hardware that is the key to success in the tablet market rather it is the range of apps available, Apple know this, iOS developers know this and iPad purchasers know this.

It seems that the only people who have yet to learn this are the iPad doubters out there.

For me my iPad is an enabling device and what it enables me to do is what makes it a must have tool.

No matter what the promises proffered by manufacturer hardware specifications, no matter how fast it runs, if it has Adobe Flash capabilities or not, it’s going to be absolutely no use to me if it doesn’t have apps that provide the features I need. I can’t change platform if I would be forced to leave apps behind that I rely on to get my job done.

What are those Apps?

The built-in Calendar, Mail and Contacts apps that sync via MobileMe are a given of course but in addition to those: OmniFocus, 1Password, LogMeIn, TeamViewer, WordPress, BlogPress, a range of writing apps, another plethora of note taking apps, Bento, DEVONthink, iBooks, Kindle, gDocuments, Dropbox, Instapaper and ReadItLater. Scarily that is not even an exhaustive list, it’s just the absolute minimum and doesn’t touch on all the entertainment apps or in fact any other genres at all.

The differences between iPad 1 and iPad 2 are subtle but for me the changes were more than enough to warrant a purchase. In my professional life I make numerous presentations and conduct both training sessions and software demonstrations. Therefore the killer feature of iPad 2 is the ability to mirror the output onto external monitors and/or projectors. While iPad 1 could mirror certain applications this was not at OS level and relied on the developer adding the feature specifically.

I spent a very happy weekend setting up my iPad from scratch, I know I could have restored my iPad 1 to the new hardware but where’s the fun in that? 😉

Setting it up in this way I was impressed with the improved speed and how much difference the slight reduction in weight makes to the device when in use.

The cameras are functional rather than stunning and pale in comparison to those on the iPhone 4. They are adequate for their stated function of supporting FaceTime and PhotoBooth but beyond that and especially in less than perfect lighting conditions they are not exceptional. The ability to edit video is a great feature especially when used in conjunction with the output of the better quality iPhone camera. Importing from an iPhone is simple when using the camera connection kit and the bigger screen really comes into its own when using the new version of iMovie.

However, the Smart Cover is a design marvel. Attaching magnetically, it seats itself perfectly when placed close to the left edge. More internal magnets ensure that closing the cover turn the iPad off and conversely opening the cover automatically turns the iPad on. As if that isn’t clever enough the four sections fold together to create a sturdy stand that is surprisingly secure in three positions, providing a comfortable typing position and both vertical and horizontal display settings.

Other manufacturers are acting in increasingly desperate ways to play catch up with Apple’s success in the tablet market. They understand at least privately that apps are key to success which is why they offer such impressive inducements to would-be developers on their platforms. Prizes for app developers even include free devices should they have an App accepted into the manufacturer’s App marketplace.

Apple has no need to offer inducements to developers on their iOS platform, in fact they charge for membership of their development program. Both Apple and the developers know that the iPad is where the market is.

Over the weekend of the international launch of iPad 2 Samsung were caught in an amazing deception, passing off actors as satisfied Galaxy Tab customers, which only emphasises their increasing desperation to gain a foothold in the tablet market. It’s just a shame they choose not to innovate their way to a market share but instead fabricate affection for their unreleased device.

Samsung are not alone. Many manufacturers have produced prototypes, mock-ups and made promises that have resulted in little shipping other than empty promises and missed delivery dates. So long after the announcement and launch of iPad 1 the competition’s inability to actually deliver a device capable of offering any meaningful alternative to the iPad is astonishing and must be a source of extreme disappointment to those just waiting for the iPad to fail or at least lose ground.

So should you buy? Well if you have iPad 1 whether it is a worthwhile upgrade will depend on your intended use. If you’ve waited for the new version then when you can locate stock of iPad 2 you’ll be getting a faster, slimmer, sleeker iPad at a lower price than you could have purchased a first generation iPad for just 3 short weeks ago.