iWork Apple, Do You? 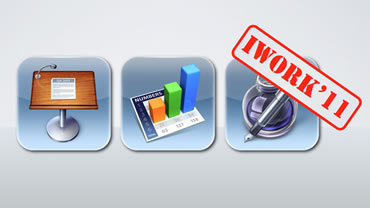 I’d pinned my hopes on the Mac App Store launch to augur an impressive new release fit for the Mac landscape of 2011 but again I was disappointed. Although there is nothing fundamentally wrong with iWork ’09 it’s starting to feel in increasing need of a refresh.

For me, one of the most overlooked areas is the Export options in Keynote. I live in Keynote, using it extensively for presentation creation, asset generation and much more. Since a lot of the materials I create need to be exported to other formats I use the Export dialog box numerous times each day. My primary wish has to be that it remember the last settings I used, there are many more improvements I hope for but that is my number one request.

Microsoft Office 2011 for Mac has added some of the best features from the 2010 Windows version, especially so in the case of PowerPoint where the SmartArt and image handling options are fantastic. Although I have access to Office 2010 via my MAPS subscription using it running inside VMWare Fusion is not an optimal workflow. Nor does PowerPoint have all the niceties of Keynote, what I want is the best of both worlds … of course!

At least there is now a 30 day trial of the Mac version available from http://www.microsoft.com/mac

I still can’t see myself being tempted as the activation process is still reported to have “issues”, with colleagues reporting a wait of 13 days to resolve the issue. To a Mac using software purchaser frequenting the Mac App Store a serial number seems quaintly archaic never mind a compulsory activation process.

So Apple … what are you up to? Working on it I hope, working on it so hard that you might just have forgotten to release the thing may be?

I shall carry on waiting for an update that I’m hoping will blow me away with a plethora of features I never knew I needed, but the clock’s ticking Apple I need a software fix soon and iLife ’11 wasn’t it.