Lose Your Dock … Recover Your Mind 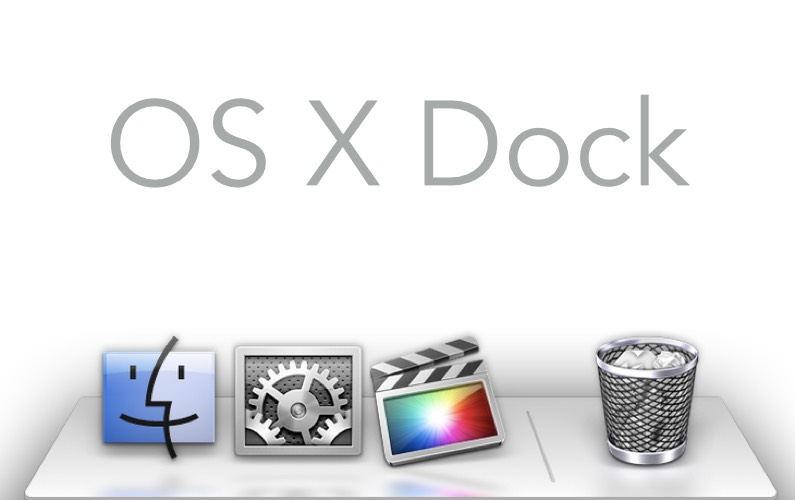 At a recent Mac club meeting one of the talking points was the differences in how Windows and OS X handle application switching. So I thought I’d consolidate some of the ensuing discussion in a blog post.

I prefer not to use the dock at all so I have it on the right of my primary monitor and hidden. I have a secondary monitor on my 24 inch iMac which is also 24 inches and sits on the left of the iMac screen so placing the dock on the right of the iMac screen means it’s out of the way and there if I should need it. Having the dock hidden at the bottom of the screen means attempting to resize an application can inadvertently activate it.

The inevitable question is then – how do I run my applications?

QuickSilver is my launcher of choice but I also tried LaunchBar which is very good – and I know QuickSilver can do a lot more than I actually use it for. I must find some time to have a look at triggers and the more advanced features.

LaunchBar also provides all the application launching features a Mac user could need. Available from Objective Development with licenses starting at $19.95.

Of course running the applications is only half the story and not the main focus of our MUG discussion.

In OS X, command and tab allows switching between open applications but not in the same way as Windows.

If an application is minimized in OS X, command and tab activates the application but doesn’t maximize the open windows or allow you to select a specific open window.

This was one of the few things that drove me crazy as a new Mac user.

I had to learn to adapt to the Mac way of working and one tip I found useful was to hide an application (using command and H) rather than minimize it – when I then used command and tab to go back to the application it was in the same state as when I hid it and thus the windows weren’t minimized making me hunt through the dock to locate the required one.

But I found a perfect long term solution with a couple of small apps.

LiteSwitch replaces the default application switcher and the replacement has the ability to mark apps for closing, you can hide apps, unhide them and obviously switch between them. Small enhancements really make the difference such as having the application name displayed at the bottom of the app switching display.

I leave LiteSwitch set to just do the same as the default command and tab switcher but love the extra functionality.

LiteSwitch will also remap the command and tab key to it’s own use which 10.5 doesn’t seem to do easily.

Witch is the second half of my solution and although it can do much more I use it to switch between the different windows of the app I’m currently using.

I map option and tilde (between shift and z) to this function and life is good again!

Witch can actually completely replace the command and tab functionality giving you a switcher which displays not only a list of apps but a list of apps and their associated windows.

If I could map cmd & tab to Witch without using a system hack I’d probably use Witch alone most of the time.