MacBites Live: Part 3: The Other Stuff 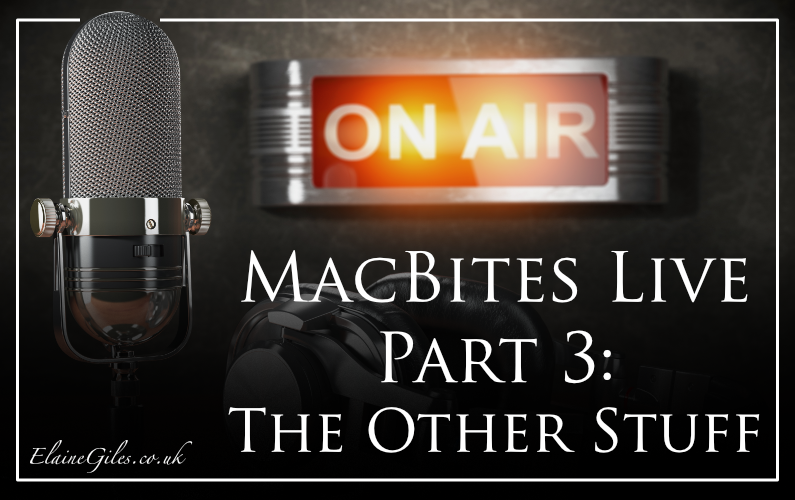 Following on from my previous 2 posts dedicated to all things software and hardware related required for hosting a MacBites Live this post has some fun with the other stuff I’ll have around on 4 June to provide entertainment during the 3 hour live stream. 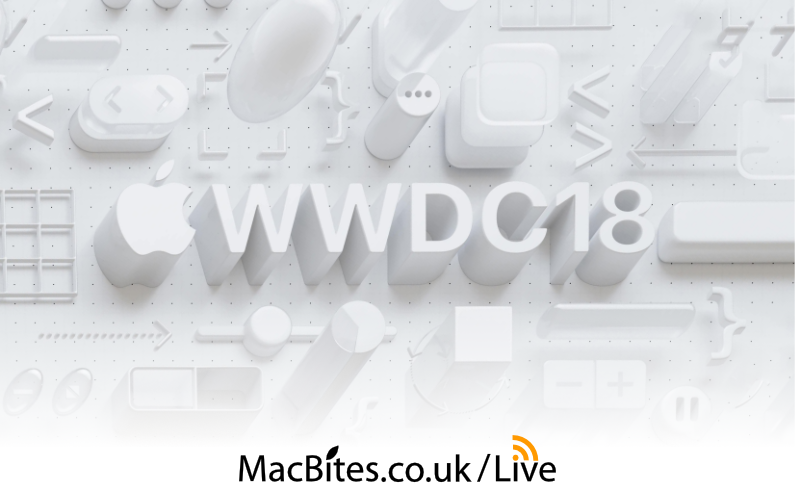 I briefly mentioned iPads as having a backup role in Part 2 but I didn’t mention just how many mobile devices are on standby to take over in the event of a complete kit meltdown. I’ll rectify that now and show you almost all the devices I have on hand in case of that meltdown. 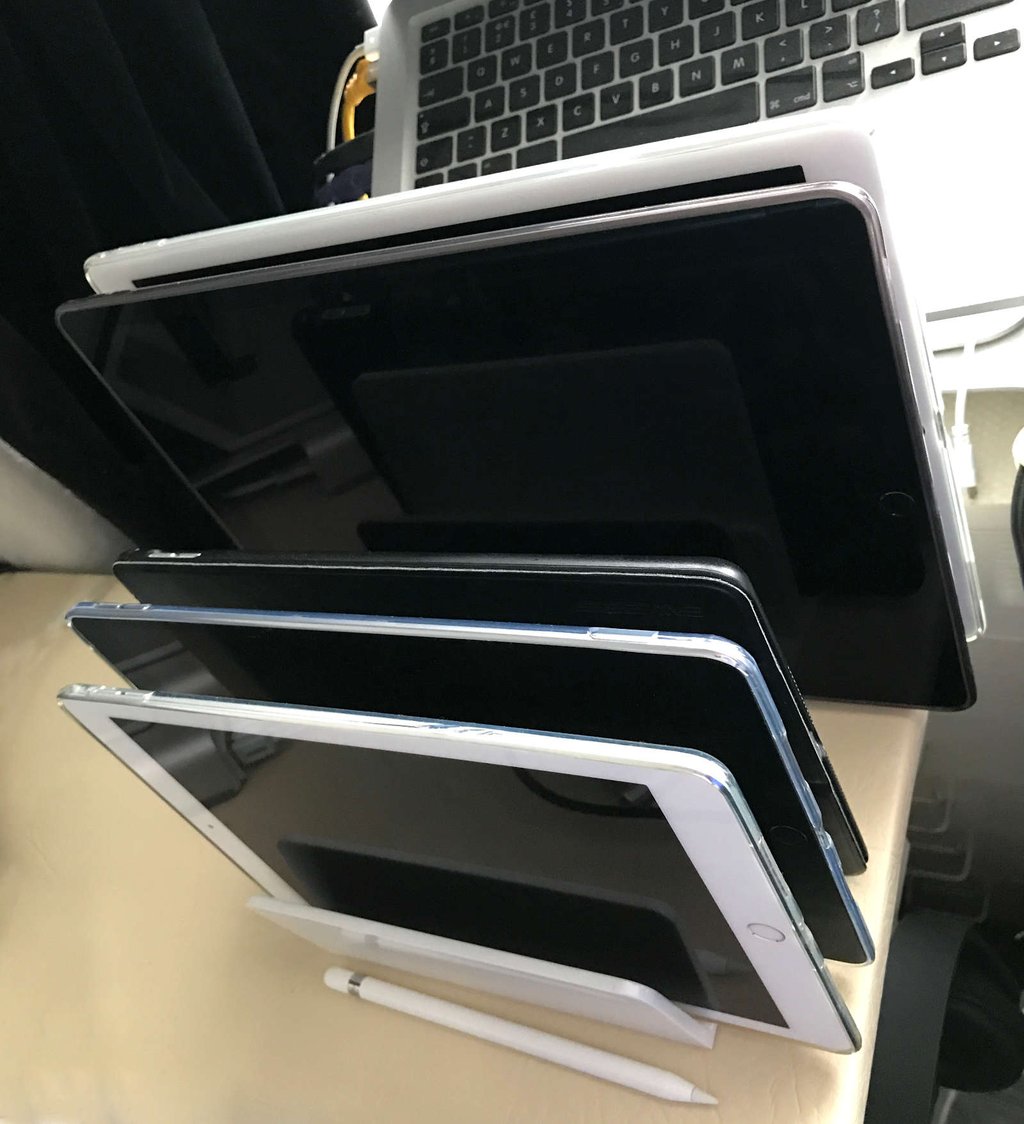 From the back to the front these are: 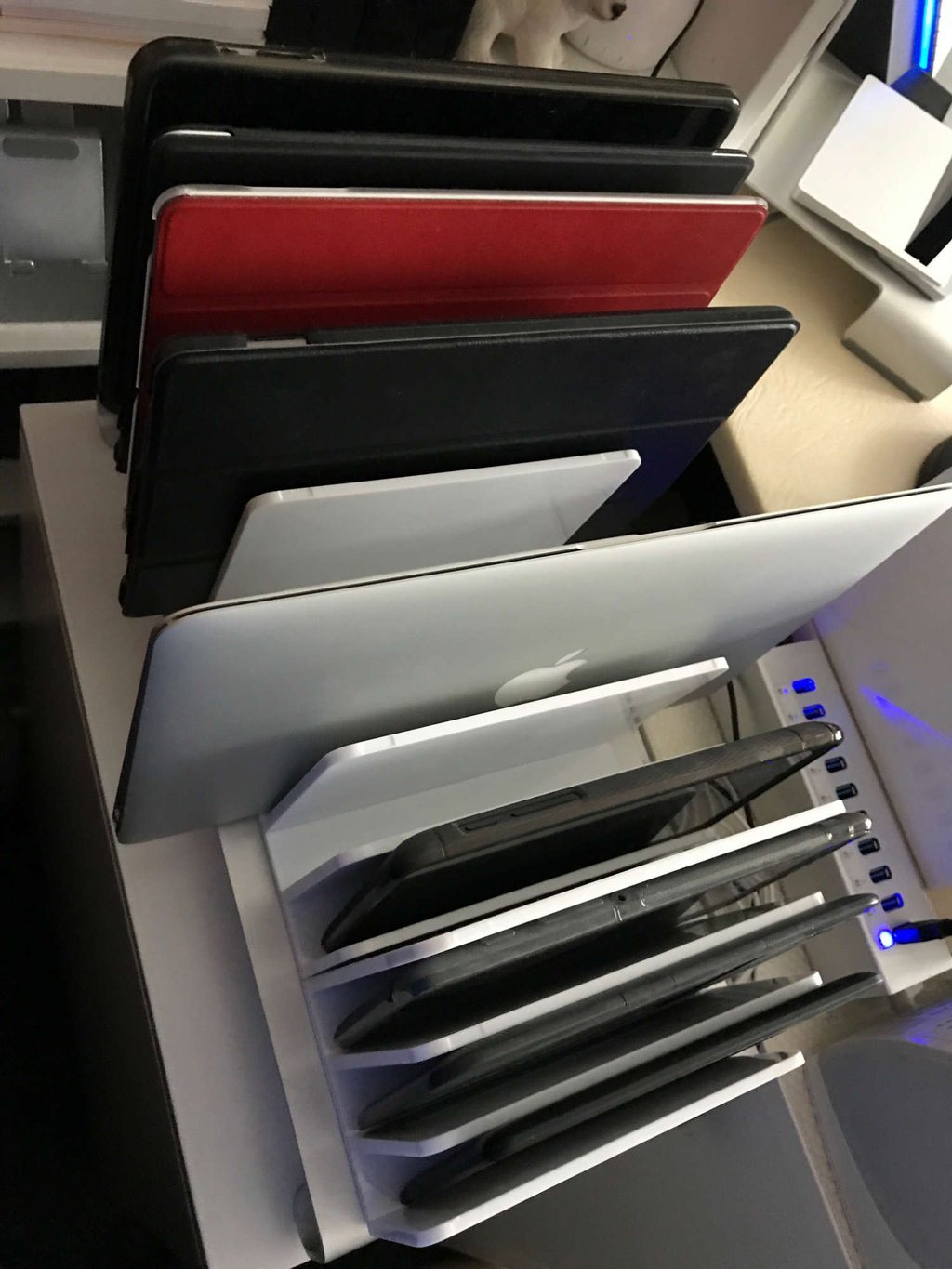 From the back to front again:

One tradition that continues in the MacBites Live chatroom is the opening poll. This is where a seemingly endless list of possibilities is available for attendees to vote on the likelihood of the imminent announcement of any of them. How accurate are we? It varies … wildly! Over the years the item most often included is an update to the iWork apps. Yes, I know there have been updates, but there are updates and there are updates. The kind of update I’ve waited years for is one which restores the iWork apps to their full former glory and adds new features. I could be waiting a while yet!

The items included in the poll are drawn from the copious articles written in the days before WWDC and always provides a talking point during the event.

Mike and I were recently in a store (unusual in itself I know!) when we saw this sign and Mike said we had to have it. It sits by my desk every day and is never more appropriate than on MacBites Live days. 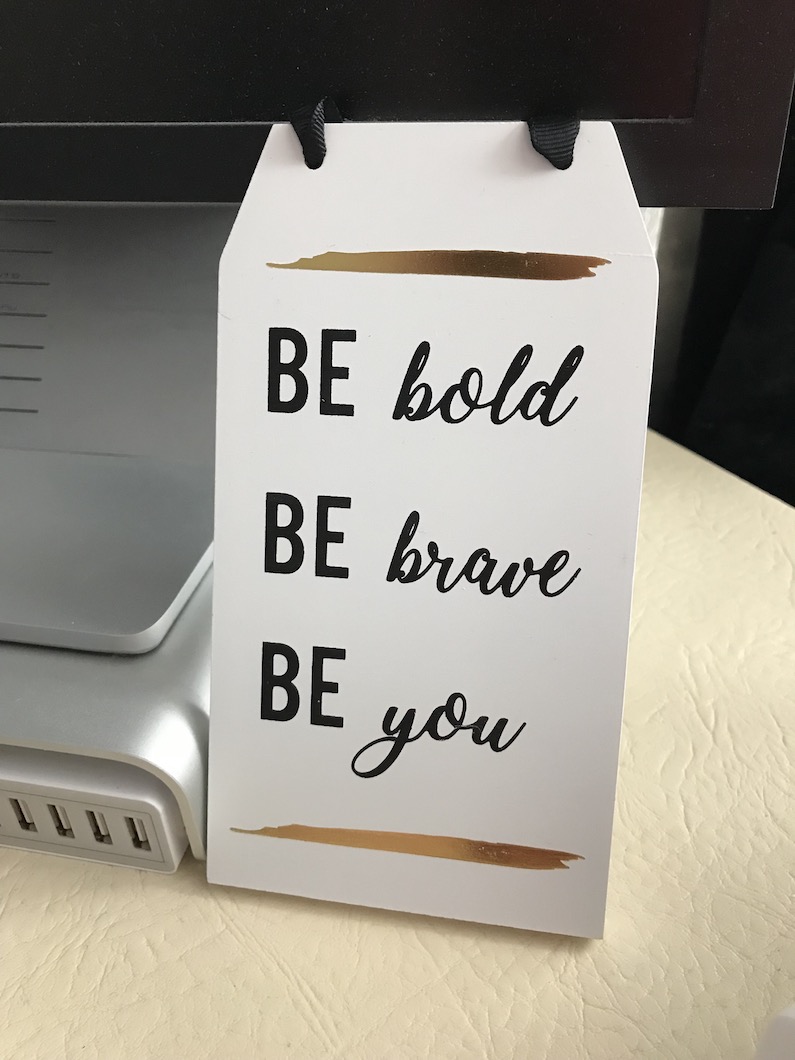 A New Member of The MacBites Crew?

Last but not least we currently have a house-guest in residence at MacBites HQ in the form of the lovely Ollie! Ollie is a 3 year old Jackapoo who has had a very busy time during his stay with us. A stay which has been titled The Jollie Ollie Hollie-day!

In fact we’ve all had a complete ball. After exploring all the local parks last week we spent the weekend venturing further afield. First stop on Saturday was the Teddy Bears Picnic at Dunham Massey. Ollie dutifully packed his teddy and Mike and I took ours. In case you’re wondering ours is a Manchester United bear called Jose!

Sunday was even more of an adventure as we headed over to Liverpool for the Dogs Trust Fun Day at Lavender Farm. 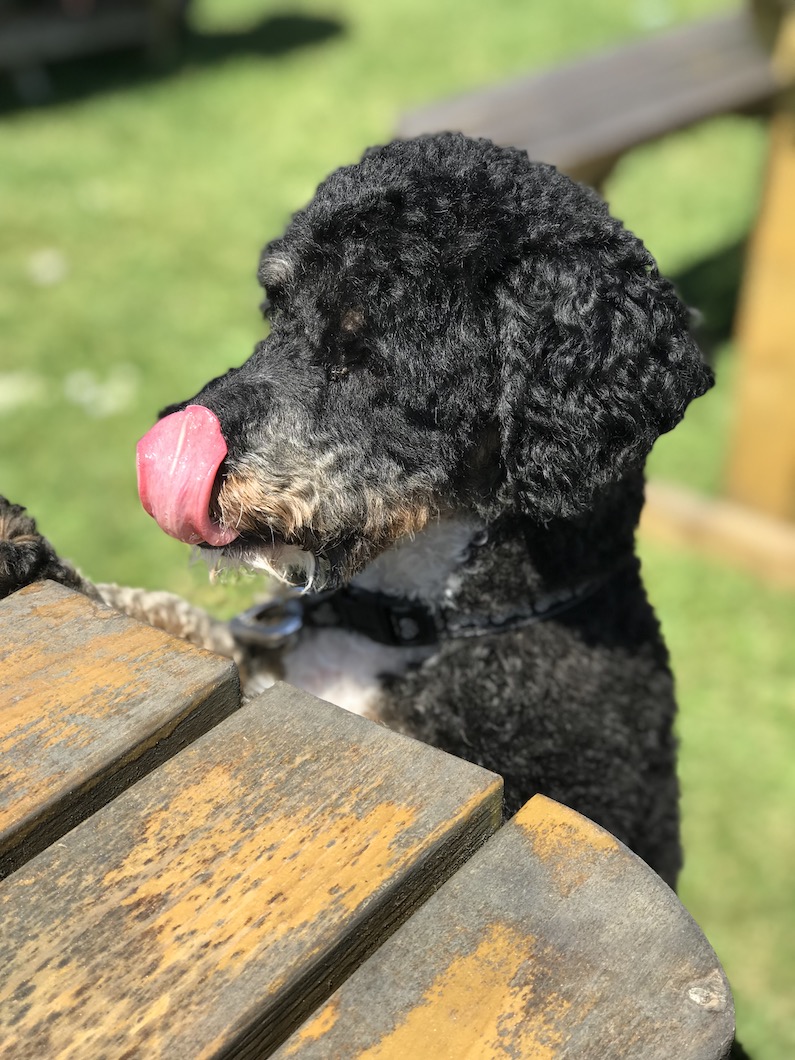 So having completely exhausted the 3 of us over the weekend Ollie will be making his podcasting debut at the MacBites Live on Monday so don’t miss it!

So I’ve addressed the software, the hardware and a whole range of fun stuff involved in hosting a 3 hour live session. I hope you able to join me for this event, you’d be most welcome! Read more about the session at https://macbites.co.uk/wwdc-2018/