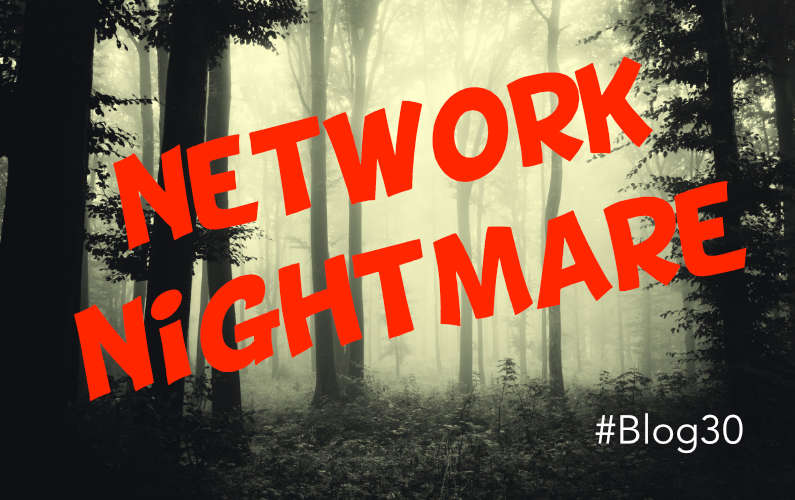 In a former life I was a lawyer … seriously I really was! Law O level, law A level, law degree and law post graduate degree. How did that happen when I loved tech from being a child? In addition to the love of tech I also had a burning desire to fight injustice too. When I reached the stage when I had to decide on what A levels to take my college unceremoniously cancelled the computing classes! 😱 It’s unthinkable now to imagine their excuse of “not enough demand” being something that would be acceptable today but back then it was sadly true. So I studied law and the passion for all things tech became nothing more than a hobby.

It was when I was working as a lawyer I was head-hunted to head-up the roll-out of a case management system at the practice I worked at. Looking back I don’t think I appreciated how complex a project this would actually be … I just got on with it!

In addition to systems analysis and infrastructure design part of this project was training end-users to use the system. I loved it and the rest as they say is history. I handed in my notice and after studying for and passing more Microsoft technical exams than I can count I re-qualified as a Certified Systems Engineer.

Prior to this though I have to admit my first foray into networking was less than auspicious. I dutifully stuck cables in 3 different interfaces on a network card and installed every protocol in the list of available options. I tested it and by some miracle there was network connectivity! Success and it was amazing nothing went wrong. Note: something ALWAYS goes wrong!

I have designed, configured and personally setup many networks since then but eventually I moved towards training and eventually only had my own network to contend with. That suited me just fine as I’m prepared to admit that network troubleshooting didn’t exactly float my boat.

I switched from Microsoft Windows and the world of PCs to the Apple ecosystem in 2006. I drank the Kool-Aid and moved all network functionality to a range of Apple Airport Extremes and Expresses. Peace reigned for a few years. Everything hummed along nicely. Those were the halcyon days of Apple … things really did just work back then!

Sadly, it didn’t last. Network connectivity issues started happening. At first these were infrequent but eventually they became too frequent to ignore. Devices using wifi would lose their connection to the internet but checking the network via the Apple Airport Utility reported nothing was wrong. It was infuriating as intermittent faults always are.

Eventually, via careful monitoring I found what I believed was the cause. The newest Airport Express was dropping its connection randomly. The devices attached to it lost their connection and nothing short of a reboot of the offending Airport Express would solve the problem, and even then respite was only temporary.

By this stage Apple had retired all its networking devices. While that news didn’t come as a complete surprise given their increasing focus on all things iOS related it was still disappointing. Who has time to research the installation of a whole new network when you’ve been cocooned happily in the Apple walled garden for the best part of a decade?

In addition to that why undertake a complete network rebuild when there was only one device not working correctly? Short answer was you wouldn’t. I did the wise thing and removed that Airport Express from the network and carried on without it. Peace reigned again for a few months then the intermittent faults started again. Something needed to be done.

Fortunately, I spotted a Linksys Velop system on offer at Amazon. I researched the viability of adding the Velop units to my network and over time replacing all the Apple equipment. It seemed doable so I placed an order for a 3 Velop device kit.

They duly arrived and very quickly I had them up and running. I tried them with a few non-critical devices and all was well. To be more accurate all was well for a short while.

It All Died a Spectacular Death

You know that old saying about it getting worse before it gets better? Yes, that! Well, the whole network failed, the entire Velop system died and no amount of cajoling or threatening brought any life to it.

Luckily the Apple network was still functioning albeit only when it felt like it but enough to be able to get some connectivity. Being as busy as ever I put the issue on the back burner meaning to get around to investigating and hopefully fixing it when I had time.

A few weeks went by which was when my security camera system began to stubbornly refuse to play ball with the Apple wifi setup. Within hours several of our extensive hoard of Amazon Echo devices disconnected from the wifi and with no connection they became a somewhat expensive collection of ornaments.

This was getting beyond ridiculous. The way it was going I’d have been better with a collection of tin cans and a ball of string!

I bit the figurative bullet and set aside some time to deal with it. I had nightmare visions of a complete nuke and pave being the only option. Believe me when I say this was not appealing. I started with the Velop system. Nothing I did made any difference at all. While the main unit had a lovely blue light on it all the other units were stubbornly sporting red lights.

I decided to go back to the main router from my ISP and check everything from the ground up. A while back there was an update that Virgin Media assured me was nothing to be concerned about. The connection dropped as they said it would for approximately an hour, returned as predicted and everything carried on as before. Or so it seemed.

With the single issue of Google now telling me I live in Great Yarmouth (don’t ask!), everything did seem fine. However, on checking all the internal settings on the Virgin Business router they were not as I had left them. Obviously, I was using the Apple devices to create a wireless network and I had a second wireless network on the Velop units so I had disabled the wireless on the Virgin router and the DHCP server options as well. So a system update at the Virgin end had reconfigured my router? Not acceptable Virgin, not acceptable at all.

I Googled, I was not alone. Other Velop owners had their equipment unceremoniously rendered bricks after a Virgin update. Cold comfort but as they say misery likes company.

What had changed on my router? Well, in addition to my two existing wireless networks I now had two more wireless networks enabled and the router was also doling out IP addresses to all comers as well. I disabled all this nonsense and reconfigured the router to how I originally had it. Unbelievably, the Velop network was still not responsive.

I was fast coming to the conclusion that the only solution was a complete reset. Still reluctant to admit defeat in this battle of wills between this stubborn systems engineer and her tech I pondered for a while before taking that irreversible final step.

I decided the path of least resistance would be to remove all the Apple network devices from the mix and turn the whole lot off. A big step given that was the only wifi in the house at this stage.

Off it went. In fact I turned off everything including all the Velop units and the Virgin router. Excluding the Apple devices I brought them back online in a logical order. Still nothing. However, I had spotted that there was at least some life from the master Velop unit. It wasn’t actually working but it wasn’t throwing its toys out of the pram any more either.

One more go I told myself and delved even deeper into the settings of all these infernal devices. It worked! I had a wireless network which was when I thought of adding the Apple devices back … big mistake. The Apple devices sent the lights on the switches crazy. Lucky for me that I did all those exams isn’t it and that I recognize a broadcast storm when I see one.

The perfect storm of a Virgin Business router upgrade that upset the Velop units and random errors with the Apple Airport devices sending broadcast storms meant that the system was in meltdown.

I decided it was time to retire the Apple network devices completely and add extra Velop units to the new wifi network instead.

Where Am I Now?

It’s so far so good right now but I can’t begin to tell you just how long it takes to reconfigure every single device you have on your network. We all think about our computers and devices but there’s also Amazon Echos, smart speakers, AppleTV devices, IP cameras and so many more. I personally haven’t gone as far as an Internet enabled washing machine but I know people who have! Not even joking there either 🤣

If I even hear the word NETWORK for the foreseeable future I am in serious danger of retreating into a catatonic stupor I may never recover from!