The Power of a Plan B 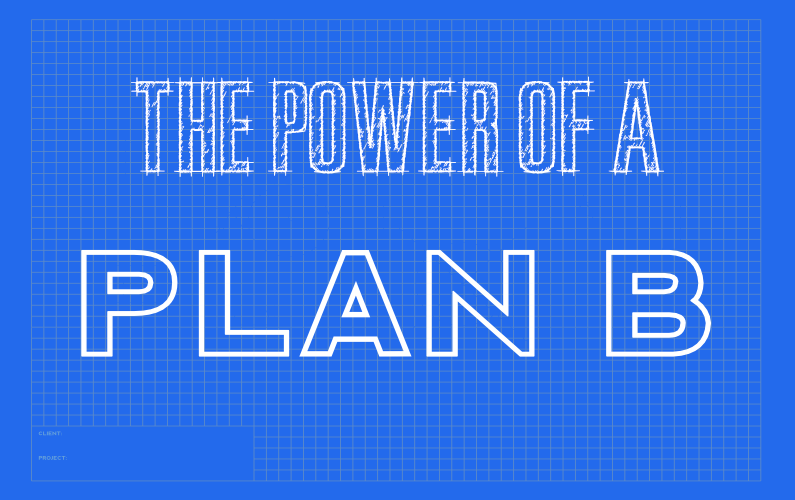 As I mentioned in a previous post I started the year by upping my course creation quota. It went so well in January with the Scrivener 3 Styles course that I decided to commit to creating at least one new course each month for the remainder of 2018. A fine aim but how is it panning out so far?

Well February went very well considering! Considering what? Well it’s a short month and I’d booked a long weekend away at the end of it. So I had less time than I would have liked to complete a course but I still managed to get it done and the last week in February saw the Scrivener 3 Scratchpad course launch at Skillshare.

March arrived with such promise 😉 and within days I had a whole course planned. Never one to sit on my laurels I decided to challenge myself with the creation of a different type of course. Instead of a course showcasing an app or a feature of an app this one was dedicated to a piece of hardware and how to get the very best from it.

As I tend to do with new things, I planned it meticulously and was soon ready to start the recording process. That was when disaster struck, in terms of me suddenly feeling decidedly ill. There was no way I could get in front of a microphone for long enough to do any good in the course creation department at all.

One day became two which quickly became three and before I knew it I’d lost a whole week. However, finally feeling much improved I knuckled down and two epic recording sessions later I had all the audio the course required in the can. I was on a roll, it hardly needed any editing either … WIN!

The trouble was by this stage it was the last week in March, and taking other commitments into account, it was looking decidedly dicey that I would have the time to create all the imagery, video and assets this course demanded. Still I soldiered on for another 3 days before deciding that short of extending March by a week there was no way I was going to be able to complete the course by my self-imposed deadline.

Every challenge is an opportunity

One option was just to accept that things happen and complete the course in April. But every challenge is an opportunity, a commitment is a commitment, and the only thing for it was to swiftly establish a credible Plan B.

With 48 hours to go until midnight on the 31st I decided to create another course!

I know what you’re thinking: She must be absolutely crazy! One unfinished course is bad enough but taking on the creation of a whole new course in addition to that is just plain madness.

Indeed it would have been complete insanity but for a few pertinent factors:

All of which meant I was able to choose a very specific feature update to Keynote as my topic, research it, outline a mini course, create the required data and produce the course in a little over just a day. Not too shabby given that that little word “produce” includes a whole range of tasks like; scripting, creating demonstration data, recording, editing, exporting, encoding, uploading and finally adding all the detail to the course page.

So with a full two hours to spare I clicked the publish button on a mini course showcasing the new Image Gallery component in Keynote announced by Apple only 4 days earlier. Success!

And the other course? Well after taking a few days off over Easter as we do every year I intend to return to production and ensure that it’s published well before the end of April.

The only thing that could have made the Plan B any easier would have been to have it in place earlier, so that’s just what I intend to do from now on. During the first week of course planning I intend to plan the intended main course and a backup “Plan B” course. If that Plan B course isn’t needed for a particular month then it can either be the backup for the following month or be added to a pool of potential “low hanging fruit” course ideas for rifling through when disaster next strikes! Lesson learnt.